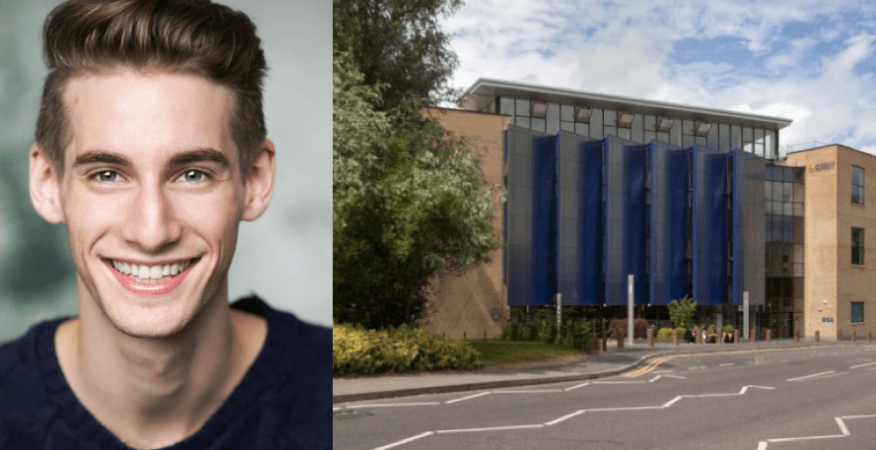 Alexander Gage is in his final year of study at The Guildford School of Acting (GSA). Having signed with Winterson’s earlier this year, he has already begun attending castings and auditions in London. Here, he talks to us about completing his studies, making the leap from drama school to ‘real-world’ castings, and what advice he would give to students setting out on a similar path.

Please tell us about your plans for graduation and what you’d like to target next…
“I graduate GSA this June – so there’s only [a month or so] left. But after that I want to do everything: Musical Theatre, plays, and my top ambition is film and TV that’s where I want to head to.”

What will be your main takeaway from your time at drama school?
“The main thing that drama school has taught me is about myself. It’s kind of the best time to learn about who you are and what you want to do. And obviously all the technique and everything is perfect, but it’s more about you and your own direction and where you want to head. You can gather the things drama school teaches you along the way but how you end up using that is your own prerogative.”

How did you end up signing with Winterson’s?
“With Niki, I saw her at an event that was here like weeks before I even knew who she was. And I recognised her by her hair. And then she walked into our Professional Jury, which is our thing that we do where we prepare a couple of songs and then we sing it to the agents who come and see it. She offered me representation on the Tuesday… by the Thursday she’d already got me two castings for the following Monday, which was amazing.”

Does it feel strange to be already auditioning and casting for things with graduation still on the horizon?
“Er… kind of! It kind of is because it feels like I am still between the two worlds of the real world – I mean, this is obviously the real world as well – but this is also the platform to proper jobs and proper castings. So it’s a bit strange, but it’s good because Winterson’s understand that I’m still in rehearsals, I’m still in training, and so they’re not pushing me too much to go to all these castings that I might not actually be able to go to because of the training that I’m still having.”

And finally, what advice would you give to somebody else in the same situation? Or perhaps coming up a few years behind and newly entering into drama school?
“Know where you want to go, know what you want to do, but don’t plan too far ahead: Live in what you are experiencing now otherwise you’ll miss it. Just have a ‘kind-of’ plan, which I have… a ‘kind-of’ plan! And set about slowly getting there.”