Shaun Prendergast on Acting, Writing, and taking on varied roles 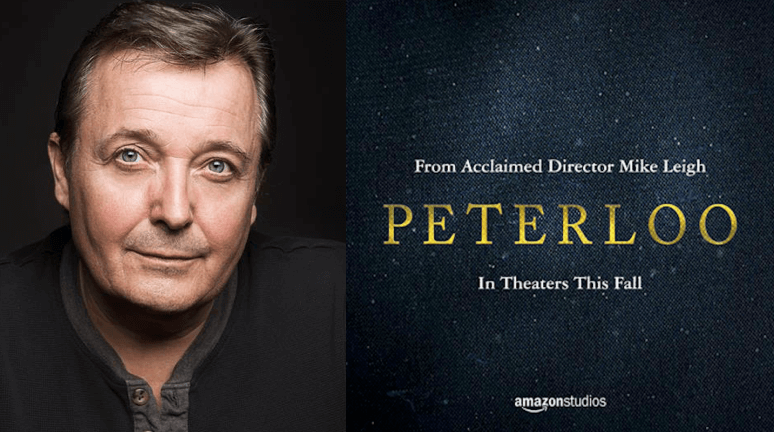 Shaun Prendergast will appear in Mike Leigh’s Peterloo, which hits cinemas at the beginning of November. With a varied career across stage, screen, and writing credits, he is a founding member of Kenneth Branagh’s Renaissance Theatre Company, and a recipient of multiple industry accolades including a Sony Award, Writers’ Guild Award and Time Out Award. A prolific worker, we caught up with Shaun backstage at the Park Theatre, where he was recently performing in The Rise and Fall of Little Voice by Jim Cartwright, directed by Tom Latter.

We began by asking Shaun to introduce us to the variety of different characters that he has played throughout his career, on both stage and screen…
“It’s always really been a mix of both. I’ve done a lot of television, a lot of ‘responsible’ characters. I played a lot of murderers and killers too but a lot of cops and that sort of stuff. I was in Waterloo Road playing the Head of Education and I’ve done stints in most of the soaps at various points, but I’ve always gone back to the stage whenever it’s been offered. I love stage, it’s where everybody starts. Even though I also now make films and short films, really it doesn’t bother me what medium I work in, as long as it’s an interesting job.”

“I’m very lucky in that respect. I’m quite well known for doing straight work on TV and I’ve done a lot of Shakespeare with Renaissance and Kenneth Brannagh and I’ve done lots of classical work, and I’ve played lots of traditional male parts, the coppers and that sort of thing. But I’ve also been lucky enough to do a lot of comedy. I’ve just done Judge Romesh with Romesh Ranganathan which was tremendous fun. I also do Dame in Panto, I’m at the theatre Royal Stratford this year and that’s tremendous fun, I was very privileged to be called the finest, funniest pantomime Dame in London. So there’s a lot of broad comedy stuff I do and a real mix. I’ve been really lucky, I’ve had a really great career in that sense.”

How was working with Romesh Ranganathan, on the new Dave show Judge Romesh?
“It’s a corking good format, because the people have seen the classic Judge Judy format. So to spoof that with someone so quick witted as Romesh Ranganathan who is a great comic, a really good comic. He has a slightly Jack Dee rather dour personality which he then plays off quite brilliantly. I really enjoyed doing it as it was with my sister as well, Coleen who is a really fantastic actress and works a lot in audio books, so she does a lot of audio book reading up and down the country. It was great fun to do that with her.”

“It has had a tremendous reaction, it went out about three nights ago and there’s been a lot of tweets and a lot of people getting in touch and saying ‘that was really funny, we’ll watch that. It’s on Dave and we’ll no doubt be on Dave for the rest of our lives.”

You could argue that with the advent of YouTube, social media etc., actors are only now beginning to wake up to the power of writing. But this sort of dual track is something you have been involved with throughout your entire career?
“Yeah in terms of writing, I’m writing a musical with a guy called Stefan Bednarczyk, and that’s on at the moment. A play I wrote called Julia Pestrana, which gets done all around the world is going to go on hopefully in the next few months in London and in Amsterdam next year.”

“I’ve always been a writer as well and I believe very strongly that actors should write and they have a right to write as it were. So I believe enfranchising them. One of the things I do is that I teach writing, particularly for actors. I’m just off to Amsterdam to do that in a masterclass when I finish this job. I teach at Lambda, I teach Lambda students and their story consultants and I teach them to make their own films and it’s something that I think people should do more of now. Karl Marx said the revolution would only come when the means of production and distribution were in the hands of the workers and in TV and film that’s true now. Everybody has a film company in their phone, everybody has the capacity now.”

“When I was starting off, if you wanted to try and make something and make people come and see you, you did a fringe show, you went to a pub and did a little show for about 30 people. You don’t need to now, you can make a film on your phone. The technology is there and people are bypassing the traditional structures and it gives them a tremendous freedom because actors shave got this terrible inferiority complex about writing, a lot of them – and yet they are natural story tellers! And if you enfranchise them and make them believe they can tell stories they will do so.”