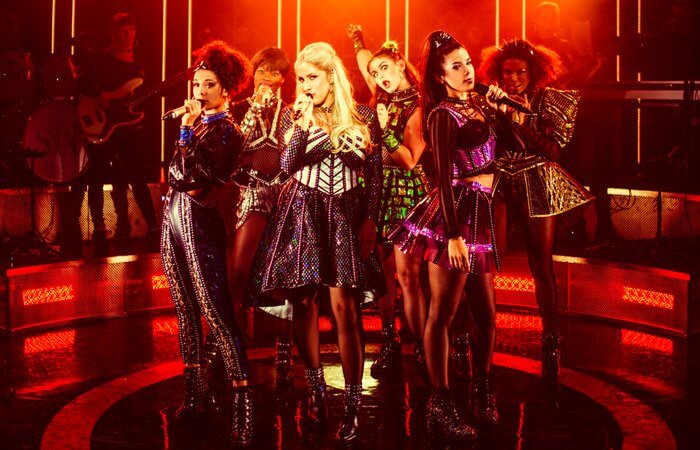 New Musical Six received its press night in the West End earlier this month to rave reviews. The original show, which features Maiya Quansah-Breed as Catherine Parr, includes an all-female cast that tells the story of the six wives of Henry VIII. Maiya has been singled out for her strong performance in the show.

“The standout voice, the one who takes it to 11, is Maiya Quansah-Breed, whose singing is surely destined for commercial or theatrical success beyond even this show’s rave reviews.”
★★★★ — Broadway World

“This is quite the most uplifting piece of new British musical theatre I have ever had the privilege to watch and the fact that it comes from two 23-year-olds, Toby Marlow and Lucy Moss, who graduated only last year, is even more delightful.”
★★★★★ — Evening Standard

“The switches in tempo and shifts in genre – here some soul, there an onrush of electro – suggest that Marlow and Moss have learned much from Hamilton, which the show at times recalls. Yet it has its own manifest cheeky British personality – and (with the cast completed by Alexia McIntosh, Aimie Atkinson and Maiya Quansah-Breed) a dynamism that matches the best the West End has to offer.”
★★★★ — The Telegraph

“The smartness of Six is that it’s not trying to be anything other than it is: a cross between a musical and a pop concert, complete with an energising feminist call to arms and an opportunity to offer a new slant on the stories of six women from history. Why is it we’re always defined by who our husband was, comes the rallying question by the end. Why indeed?”
★★★★ — WhatsOnStage

A huge congratulations to Maiya who clearly shines through in this extremely well received new musical! You can find out more about it here.