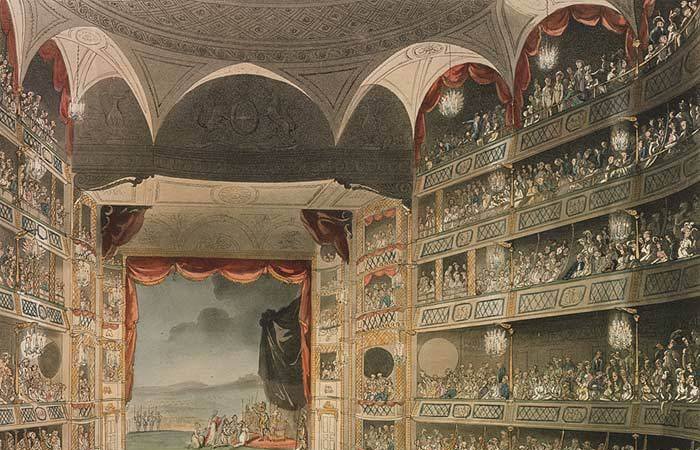 Today the West End has become synonymous around the world with musical theatre. However, this was not always the case. Its flagship theatres were once the only two venues in which you could watch non-musical stage shows in London.

Until the modifying of the Theatre Licensing Act in 1843, non-musical theatre was heavily restricted by the UK government. The vast majority of companies were forced under law to stick to productions where there could be no dialogue except to music, helping strengthen the tradition of dancing, pantomime, and musical plays that we see today.

It seems unthinkable now but the two flagship venues of West End theatre at the time provided the only alternatives to musicals. Both Drury Lane and Covent Garden (or as it is now, The Royal Opera House) were granted special license to put on what was then known as “legitimate” theatre, i.e. spoken word. This helped the government to maintain tight censorship over non-musical material, which could often be highly politicised, and the law was not officially fully repealed in writing until 1968.

It’s an interesting quirk in the evolution of West End theatre that often gets overlooked in its history, but the area did for a time at least, represent a very different style of performance.

And now as we see musical theatre beginning to evolve again into a more social and political artform (as the widespread popularity of Hamilton, which finally went on sale in the West End this week, demonstrates) we can see the performances of the West end beginning to adapt again. It’s a beautiful home for the cream of global theatre and an area of London that Winterson’s is proud to be based in!